Home/Uncategorized/What a Year!!!
Previous Next

A year ago today my first novel Silent Scream was published by the fabulous publisher Bookouture, and WOW, what a year it has been.
Two days after Silent Scream was published on 20th February it hit the #1 spot on Amazon.co.uk and stayed there for a month. I have been asked many times what my expectations were and I can honestly say that wasn’t one of them.
March was no less eventful and I signed with Bookouture for a further 4 Kim Stone books making that 8 in total. It was around this time that I gave up my job to work full time at writing.
In May the second Kim Stone book, Evil Games, was released and sat alongside its sister Silent Scream in the Amazon top ten for weeks.
November saw the release of the third Kim Stone book, Lost Girls, which hit the top five on Amazon.co.uk. In this same month the sales of the Kim Stone novels reached the 1,000,000 milestone.
December rolled around and I found out that Silent Scream had been the FIFTH highest selling item (overall) on Amazon.co.uk. Of 52 million products available I was completely bowled over by this news.
As if all that wasn’t enough Silent Scream has now been sold to 14 countries and has been released in both Italy and Hungary so far this year.
And there’s even more. Through Bookouture, I have also signed a 3 book print deal with Bonnier Publishing Fiction for the three titles published so far which means that the first of the Kim Stone books, Silent Scream, should be coming to a bookshop near you in July.
Throughout the last year I have been blown away by the generosity of the blogging/reviewing community. There are so many fantastic people who give up their time to share their thoughts about the books they’ve read for nothing more than to help readers find the books they want to read. Many bloggers/reviewers have taken Kim Stone to their heart this past year and have lived her adventures right along with me.
Every day I get messages on twitter, Facebook and to my website from readers and every single one is valued. There is nothing quite as heartening as waking up to a message from a reader shouting at me due to lack of sleep because they couldn’t put the book down!!
The fine people at Bookouture, including the best editor on the planet, Keshini Naidoo and my fellow authors, have made the last year a truly memorable one that has completely changed my life and turned my dream of writing full time into a reality that is even more magical than I could ever have imagined. 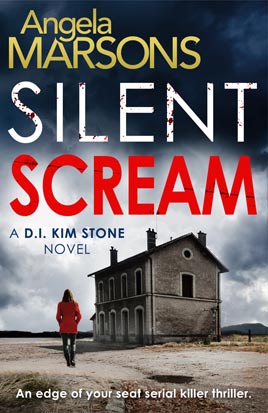